Crime Stoppers encourages anyone with information about the cases featured below to submit a webtip.

Campbell River RCMP is requesting the public`s assistance in locating a missing youth.

Jordan Holling was last seen on October 16, 2017, leaving a friend’s house in Campbell River, walking to his nearby home.

Jordan Holling is a 17 year old youth from Campbell River. On Sunday night he was at a friend’s house located on 16th avenue in Campbell River. He left there on Monday morning between 1:00 and 2:00 AM to walk a short distance home. He did not arrive home and did not show up for work later that day. Jordan is described as being 179 cm (5`-11") and 66 kg (145 lbs). He has shaggy brown hair, wears glasses and was last seen wearing a grey long sleeved sweat shirt, black pants and black and red shoes.

"We are very concerned for Jordan’s wellbeing and hope the public can assist us in locating him." Said Corporal Vlooswyk of the Campbell River RCMP. "This is out of character for him and his friends and family are very worried."

If you have any information on the whereabouts of Jordan Holling, please contact the police immediately. If you wish to remain anonymous, call Crime Stoppers at 1-800-222-TIPS (8477).

Nootka Sound RCMP are requesting assistance in locating a Missing Person, Daniel LOCKHART who was last seen on the morning of January 6th, 2018 in Gold River, B.C.  RCMP are concerned for Mr. LOCKHART’s welfare as he left his residence on January 6th and he has not been seen since.   RCMP are seeking assistance in locating Mr. LOCKHART as he may be disoriented and in need of a medical attention.  If you have seen or know his whereabouts, please contact police.  When last seen, LOCKHART was believed to be wearing a plaid shirt/jacket, blue jeans.  He is of stocky build, balding with shoulder length hair and a greying beard. 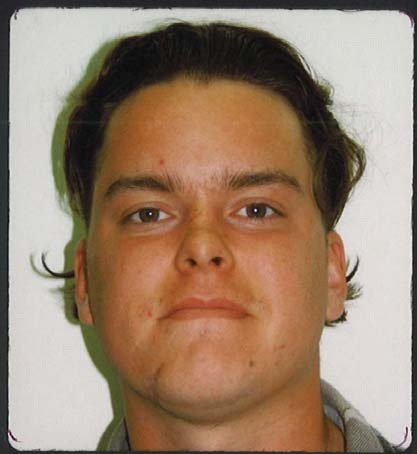 OPEN
MISSING PERSON
On December 30, 1998, Darren FORTIER (age 21) was last seen walking alone in a rain storm, south on Highway 19 from Port Hardy at approximately 8:00pm. FORTIER suffered a brain injury in 1995 due to a serious car accident. He was reported missing on December 31, 1998 and all attempts to locate FORTIER were met with negative results.
He disappeared without a wallet, money or identification. FORTIER has been described as a white male, 5`9" inches tall and weighing approximately 160Lbs with brown hair and brown eyes. When he disappeared he was wearing a black fleece jacket with a blue outer jacket, a baseball cap with the word "Avalanche", and brown shoes. Darren FORTIER has been declared as legally deceased. He was never located and his family remain hopeful of Darren being found.
When Darren Fortier was involved in the accident in 1995 he had a set of pins and plates surgically implanted to fix a broken leg; when Darren disappeared he had a full set of braces on his teeth. Hunters and hikers alike in the North end of Vancouver Island are encouraged to be aware that if any pins and plates or braces are located to Contact the RCMP in the area.
If you have any information regarding Mr Darren Fortier, please contact the your local Police agency or Crime Stoppers.
RCMP Island District General Investigation Section Police File 2010-198 & Port Hardy Detachment file 1998-2700.
Campbell River Crime Stoppers
Navigate360 © 2021 All Rights Reserved